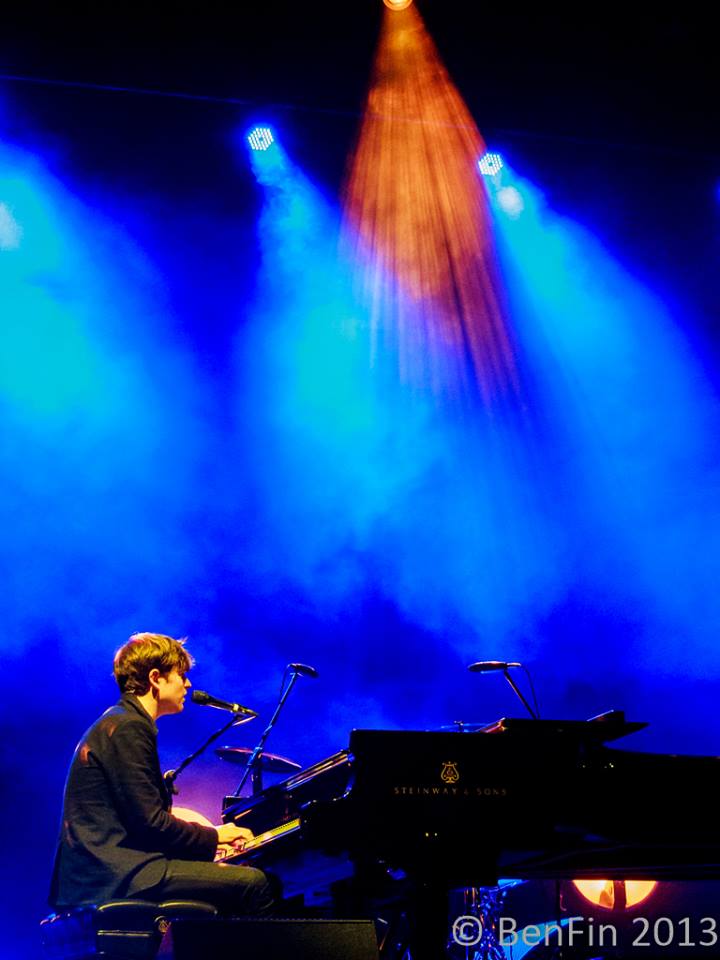 It’s taken less than four years for James Blake to go from being just some guy DJing in sweaty London nightclubs to playing sold-out concerts at the Sydney Opera House. Taking the stage in the illustrious Concert Hall, we see him not just as a producer, but as a composer, a gifted singer and an extraordinarily accomplished performer.

Listening to Blake’s acclaimed 2011 self-titled debut, it’s difficult to decipher how the record’s ultra-minimalist aesthetic – its choppy beats and distorted vocal samples – could translate effectively to a live format. The unique way that it does is precisely what makes Blake’s live show so enthralling.

There’s a startling, compelling intimacy to James Blake’s music, which concievably, isn’t easily transferred to a large, reasonably impersonal live venue. Where Blake’s Sydney performance triumphed was in his ability to make the cavernous Concert Hall feel infinitely smaller, through nothing more than the captivating sincerity in his soul soaked voice (with perhaps a little extra help from some truly gorgeous stage lighting.)

Blake spent most of the evening hunched and semi-obscured behind a rack of synthesisers. He is politely engaging, humble and soft spoken in between songs. His lack of showmanship, in favour of a quiet, focused intensity only added to the intimate feel of the performance. It’s fascinating to watch Blake’s digital compositions unfold in an organic way, with his vocals being recorded in real time then fed into a continuous loop and layered beneath his live singing to dramatic effect. Deftly working background noise and washes of synth over minimal beats, Blake’s impeccable sense of timing was on full display, combined with the sublime balance between his soaring, gospel-tinged vocals and his skilfully restrained falsetto.

Blake’s prodigiously talented live band, consisting of long-time mates Ben Assister (drums) and Rob McAndrews (samplers, guitar) bring an entirely new dimension to the solo producer’s sound. With Assister’s cutting live drums and McAndrew’s multi-layered bass samples, sparse album tracks are reinvented into something much richer and fuller. During moments where the band would lift songs into a chorus of crescendoing synth chords, plummeting bass lines and out-and-out dance beats, the room would suddenly seem to open out, and you could look around to witness a strobe-washed sea of 2000 fans, bouncing and foot tapping involuntarily in their seats, swept up by the dark, danceable rhythms that define many of Blake’s earlier electronic endeavours.

In between old school tracks like CMYK and Klavierwerke and the throbbing Voyeur off Overgrown, Blake turned to the audience to describe us as “caged birds”. He suggested it was something of a shame we had to stay seated through his festival-friendly, dub-techno jam mid-set, and he was right. Still, there’s something quite satisfying about knowing the Opera House had probably just been subjected to the gnarliest low frequency drops its sound system has ever had to contend with. In fact, the amplified Concert Hall delivered the physical, sub-bass hits of I Never Learnt to Share and Limit to Your Love’s shuddering bottom end beautifully, and this, surprisingly, could count among the best sounding non-classical concerts the Opera House has played host to.

It was at the very end of the night that the true fortuity of seeing James Blake at the Opera House was revealed. He rounded out the set with Once We All Agree, a wistful, delicate ballad generally reserved for the most acoustically pristine venues, followed by his thunderously applauded ‘hit’, Retrograde. As the band departed, the stage crew raced out to lug the Concert Hall’s grand piano to the front of the stage. Blake’s cover of A Case of You has become a much-loved encore, but played on a real piano it’s a rare treat, one that few other venues can afford. At last, our lanky hero emerges from behind the wall of synths,  and his delight in playing a beautiful instrument in such a majestic setting is clearly apparent. Blake’s plaintive croon recalls all the bittersweet yearning of Joni Mitchell’s folk classic, offering an elegantly fitting finish to the night.

While he’s known for his techy production and avant-garde arrangements, Blake’s music, like Ms Mitchell’s, has at its distilled essence, a sense of the soul being laid bare – aching, vulnerable, uncertain and hopeful. Monday’s performance at the Sydney Opera House captured that essence with moving intensity and a mesmerising display of rare talent.